Foundlings, or How Does Your Garden Grow? 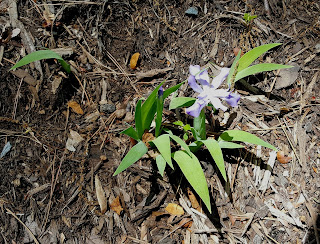 The past few days, after a minor cold spell, have been too beautiful not to be outdoors.  My uncle and I were on a short walk down our neighborhood street last week, when I discovered a small elegant purple flower popping up all by itself in the otherwise barren desert of the lower end of my front slope.  On closer inspection, it turned out to be a dwarf iris (the crested variety, I found out later); I have no idea how it got there.  I may have planted it myself from neighbors' gifts a year or two ago, or perhaps it's been hiding out for years before my coming, waiting for enough gumption to show its face.  It may soon have some company, for I also noticed nearby one or two of the same sort of leaf croppings breaking through the clay.

After a really weird cold-hot winter, it at first seemed that I had lost quite a few of the small perennials I'd been in past years trying to make into a recognizable garden.  Of the hellebores (deer-, drought-, neophyte-resistant), famed for taking over whole plots (at least in other people's gardens), only one plant returned; same with the heuchera.  Of the ferns, so joyously returning each prior year, nothing was left. From an aesthetic view, April seemed more like February than spring, although the earth was warm enough. 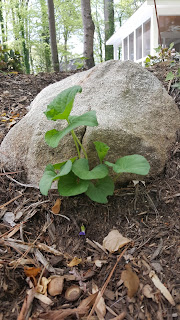 So in the last weeks, I have been digging in about a dozen or so new varieties, hoping they are sturdier ones.  Some came from the garden store, some were gifts of pitying neighbors, some culled from the sides of the road. Last week, just as a huge storm was forecast, I'd hurriedly put the last of them in so that the rains would settle them, and enclosed them in small circular rock "terraces" to hold the water back from rushing down uselessly past them into the street.  Alexander helped me put down some mulch in the most vulnerable areas.  It seemed to have worked.

Since then, each time I pass by the slope, I notice evidence that I may not have lost as much as I thought.  Here and there, a cluster of violet appears, and with them, amazingly, a few of the hosta leaves from the plants the deer chomped off last year the day after I planted them. 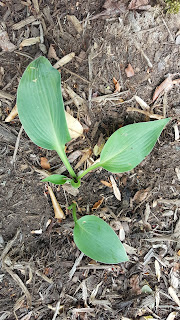 Ditto the Solomon's seal and the liriope which had met the same fate.  Even the eaten-to-the-root hydrangea has small leaves shouldering up from an inch or two under the dirt. 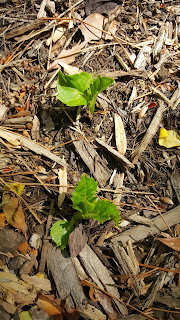 What kind of living thing voluntarily rises again, knowing it will be devoured before it matures?  But here, bravely, these specimens are trying again. And talk about determination:  vines from way back of the house have crawled 50 or more feet underground to pop up like sunbathers on a popular beach, spread from one end to the other along the curb twice that length. 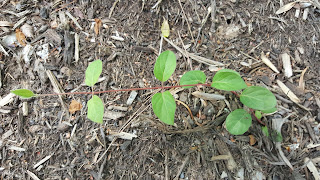 Like the dwarf iris, there are as well things I've never seen before.  Consider the lily, or something like it (see below; you can tell me what it is), which seems to be establishing itself quite prolifically all along the slope.  Invasive or not, its bright green tiered leaf makes me admire its spunk. 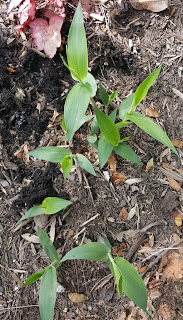 On the other hand, that English ivy also traveling from its tangles back there, and the million small maple sprouts that seem to want my yard to rival Lost Maples forest, I can do without...I foresee hours of tugging and pulling as the weeks ascend into summer. 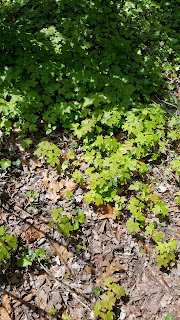 Fortunately, there are gifts that bloom in larger measure:  look at this dark iris I have watched since its bud, today in full flower...if the only one to bloom of all those I planted.  Whatever else happens in the garden, I have this moment of pride and amazement. 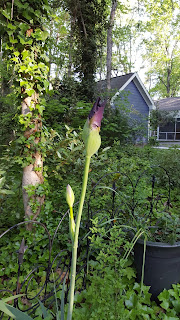 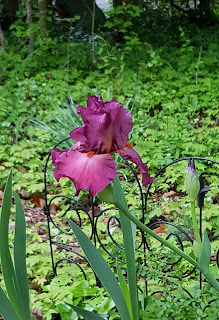 I'm thinking that my feeble attempt to design this plot might be futile, considering the larger plan organized by things beyond my sight.  Each day, I see what will return or move in on its own, and besides, I am lazy enough to have the sort of yard that accepts orphans and interlopers.  Before I make any more guesses about what will work where, I will need to see what these foundlings make of themselves.  There is a lesson in there somewhere about the degree to which resilience depends on patience, perhaps even more than fortitude.  And another lesson about giving up on nature, plant or human, too soon. 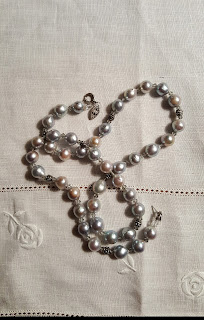 night after night we whisper
persist in believing
(oh! the longing, the pulse,
the ache for grace)

One by one, they strengthen
and shine
until they become us
adorned in faith. 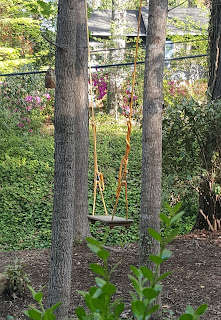 to endure for now 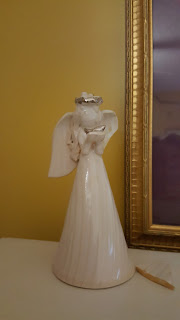 they will leaf out in April 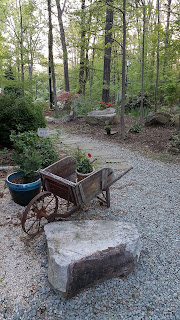 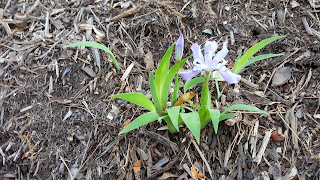 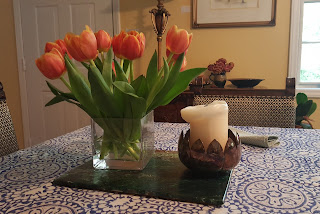 and I must be as patient as the trees 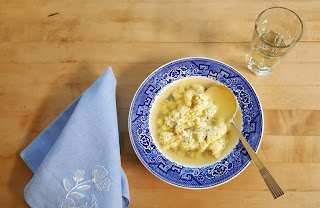 Sweet breath drifting through the windows: 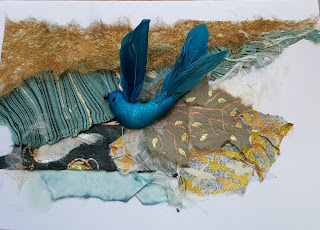 ...what we don't quite see comforts us

[selected words from "The Months", a poem by Linda Pastan]