An email from Frank Harmon, architect of fine sensibilities, recently popped into view, as one does each month, sharing an image of memorable travels.  "Native Places", he calls them...simple watercolor drawings followed by brief but often poignant reflections on the scenes he passes, and the pleasures and insights he finds along the way.  Sometimes, as you might expect of a man of his profession, they depict famous facades...a hidden cathedral...an ancient marketplace... but often they are just interesting street corners, or a string of power lines, or a barn in the country.  No matter the fleeting glance we might have given them ourselves, each one grows in significance as we see them through his eyes.
Though he is by far the wider traveler, the places he records are, curiously, often places I have been.  This month's was as familiar to me as the back of my hand on the steering wheel...a point where a bend begins on I-85, the curvy road that stretches from us north to Petersburg,Virginia, through forests and farms and smaller byways, over waterways and under overhanging boughs until, at a raucous switch of speeding lanes, it is overcome by I-95, the north-south horror people insist on using, as he observes, under the illusion that it's faster than the older highway, if only by a few minutes.  Those minutes, though, are worth it:  I-85, he writes, a road without "sunburnt grass medians and billboards [that] hawk fast foods and no-credit loans", reminds us of the journey more than the destination. "After all," he adds, "Americans naturally look for adventure around the bend, just like Huck Finn."

I know what he means...bends in the road always spell me, too.  And also curiously, I had been thinking of those rolling roads, though in rather a different way, when his message came through. For instance, this watercolor by artist Kathleen Vanderbrook.  Once of New York State, she and her husband Terry (whose elegant ceramic jar is also a prize among my pottery) moved to the tiny community of El Rito, New Mexico, where a few other artists came to settle and to begin a journey of desert proportions.


We found ourselves there one summer, taking a bend in the road on our way to the more celebrated Abiquiu and Ghost Ranch, and for a moment...indeed for years...the place itself enchanted me.  I thought to myself, I could live and work here.  Even later, I thought, This is a place to run away to. I never did, of course; places like that are places to dream on, and in my travels there have been plenty I've dreamed the same about.  But the studio we visited, the Vanderbrook's, was a small opening in my field that gradually enlarged not only the path I was on but the art I could envision for myself.  I brought home her watercolor, to remember the road's bend up to a hill where who knows what would lie ahead.  It hangs in my studio now, with other pieces that inspire me, and around each bend it shows me something else.


Since my own art began with small, rather clumsy watercolored drawings like the one above, I admire Frank Harmon's for their effortless wash.  His have the quick-sketch charm of travel journals, accompanied by the few words that skirt across your mind as you pass by a place that turns your head.  Like him, I myself prefer to take 85 going north, just as, when I lived farther east, I would eschew the maniacal interstates 64 and 95 and ride the saner and waterier US 17 to 13, over the Chesapeake Bay Bridge, through the flatlands of coastal towns to the Lewes-Cape May ferry, then up the parkway through the beaches and the pine barrens, around bend after bend.  Even now, I will drag my tires along narrow quiet US 15 as long as I can before even 85 becomes a necessity; taking the small roads allows me access to the live worlds along the roadsides in ways that interstates never can.

Metaphorically speaking, it's the bends in the road that I have come to expect (perhaps only later to appreciate) on journeys, more than the straightaways. Bumpy as they can be and unpredictable, they are more hospitable than the competitive, horn-honking asphalt. Before you make assumptions, I assure you that I am not exactly among the ranks of the tortoises you curse at...I am as likely to pass you in the left lane as you me.  Otherwise, you will find me the laggard, wandering, wondering.  The fast lanes just don't inspire me...they never have.  I am in fact famous for making my own bends in the road just when things get too straight ahead.

Bends in the road, though we cannot see around them, bring us to the points where we leave old roads behind and open ourselves to the new ones. 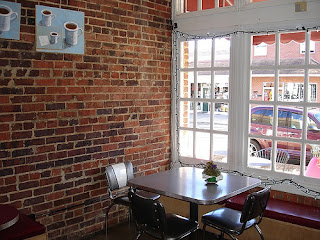 The other day, my friend Lee and I, coffee cups in hand, chatted awhile about the way our lives had changed, how with each change the years segment, forming their own characters, one by one.  Our old versions follow along behind us, and yet there is a separateness about them, a theme in each, undeniable and dominant, with its own landscapes and undercurrents.  I think of the roads I have traveled, bend by bend. Who am I?  I ask myself each morning. Have I been to this place before?  And what is this new perspective I am treated to today? The ever-changing view as the road twists this way and that lets us know we are traveling farther, further, day by day.  Where we end up is another story entirely. 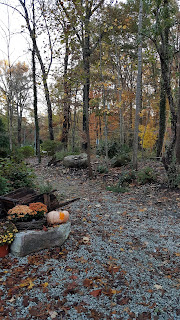 The other day, imagining my mother's response to something I was thinking, I thought about the voices we carry in our heads, the ones that resonate as we go on after our relatives in life.  Sometimes it seems that they could be spectres hovering over us eternally, watching every move, so vividly do their words and gestures, though physically long silenced, interrupt us. 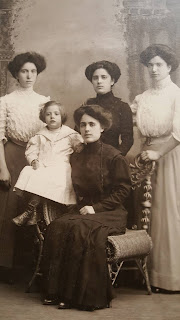 I can't remember at the moment what was in my mind, but I heard her voice loud and clear, that characteristic tsk! arguing that whatever it was wasn't right.  Don't worry!  I wasn't about to commit a crime, except perhaps the sort of act that goes against propriety...a table setting wrong...who taught you that?? a bow tied askew...you're just like your father! a word uttered more publicly than would be seemly...really!  what would your grandmother think? the right way to clean broccoli or grapes...are you just rinsing those?? 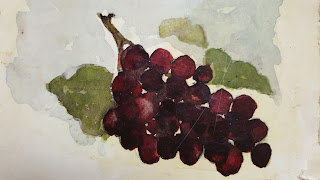 Some people might say that it's our consciences talking in familiar voices, but I would agree only if "conscience" meant all those anachronisms we had drilled into us by our elders from our infancy on...family first, school from kindergarten to graduate, street mentors, friends and enemies.  (I admit I am stretching the definition of anachronism a bit here, but it's actually what I mean...bear with me.)

There are more voices in my mind than I could count; it would probably appall me to count.  Some are sharp reminders to color inside the lines (so to speak); some tweak the way I would prefer to do things by presenting me suddenly with a vision of the "expert" way;  others simply grimace, elbowing me into considering that my own experience and skills have nothing on theirs, and I might as well give up now.

And yet I...we, I am probably more accurate to say, aren't I?...carry these voices from task to task, thought to thought, at the whim of some ghostly catalyst, begging for deference.

Why?  Well, there are voices that push us along to better things, too...not just a more exact placement of a napkin, but a rise toward challenges for ourselves and for others.  My Aunt Martha, this instant, comes to mind.  I have never heard her tell me anything but wisdom.  Your son needs you now, she wrote me at the precise moment he did.  And she hadn't seen him in decades.

As for the ones dictating from the edge of my paring knife, telling me how to slice mushrooms, I could call them good company, I suppose, and laugh it off.  Or I could admit to failings along their lines, and bow in my dishonor.  Or, I suppose, I could just grow up, nod, and say politely, yes, that's certainly one way to do it.  And then go on my own merry way.  After all, those voices are as much fond memory as anything else, a way of incorporating (almost literally sometimes) the way we are as much born from them as from ourselves as we evolve, hopefully to mature, to mature hopefully.  Not a bad thing, most of the time. 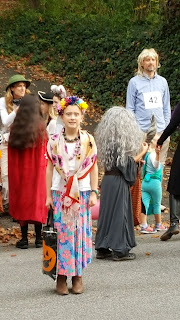 On the other hand, I could include among the voices in my head the young, untrained ones, who grow up around me inspiring with their outgoing minds all sorts of new ways to do (at least until their heads fill with their voices), and enjoy their freedom while we can. 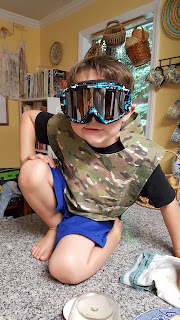 Thank goodness for them