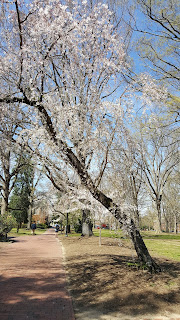 Spring has sprung.  And I, I have been feeling in need of a change of scene.

I'd just about begun to luxuriate in the solitude of the house my own again (not to mention the heady energy of moving furniture to my own comforts), when I suddenly got the impulse to get up and out.  The garden, springing into bloom, came to mind first...digging, transplanting, making new beds, mulching...all in the warming air and sun.  But then I began to think much farther out than that. A change of scene came to mean real change...of mind, of scenario, of anchorage.  I suspect that something inside me has been ready for revision for longer than I could see.  Change, that constant current of my life (I might as well take the symbol ～ as my monogram), was rising to the surface again.

Not that I am complaining. Even unfortunate, drastic changes have brought some necessary self-awareness (if sometimes too late), a widening of the field and travel into new dimensions. 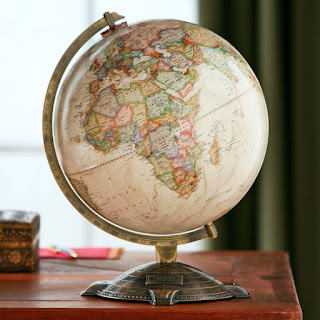 This time, finding myself open and willing to be somewhere else, I decided to dedicate this year to heading out to see the world, one place at a time.  To that end, I have been making a few living adjustments...like simplifying the habits of home that keep me in old, now worn out encumbrances...pulling travel guides by the dozen off the library shelves...getting on with what's next.  If that sounds familiar to you, perhaps it is because, interestingly, that sort of change seems to be in the air for lots of people I know and hear about these days.  (Some years do seem to have archetypal themes, for visible and invisible reasons.)  It's time to move on, people say.  It's time to widen our vision, they say.  It's time for something new to become the people we are inside, they say.  It's time to shake out the musty old narrow carpet we are treading, they mean, and spring onto a new one.

Mine being a flying carpet this year, it will transfer me not only from one country to another, but also from one segment of my age to another.  Next year, I will be three-quarters of a century old, and I am curious to learn, one sight at a time, what that next quarter (or at least part of it) might be going to bring. 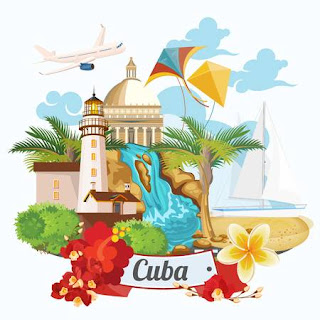 The first episode, though, seems to be going backward, rather than forward: May will find me, if all goes according to my nearly completed plan, in Havana, where 70 years ago I found myself peeking  over the elaborate iron railing of a hotel in the middle of the old town.  Down below was the teeming, noisy, exciting street, and I was a small person from a rather restrained suburb faced suddenly with a culture electric with energy.  I have only a few memories of that trip, but that one is one of two most memorable.  I am curious to see what time has wrought of both of us. 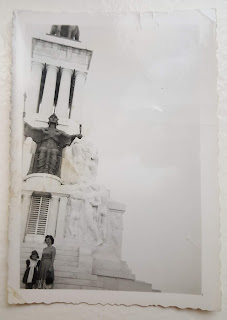 I know all about the history of the place and its culture between those years.  I have for decades read (and taught) more than a few Cuban and Cuban-American writers and their tales of pre- and post-Castro landscape and living.  I have looked with great admiration at the colors and sensuousness of Cuban painting and am fascinated by their found-art, a pulse dancing to its musical beat.  So now we are getting at the greater reason for my travels there:  I want to study the art of the Havana scene, the people who make it, the inspirations and inceptions of their work, the materials and methods and insights.  I want to learn from them the way they turn out such vibrance from the ground up. 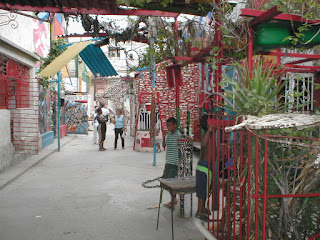 It's good that I have that reason because, as you might know. we have to deal with new governmental restrictions these days on who we are supposed to know and comport with.  I am glad to be in the majority of countrywomen and -men who roll their eyes and greet the world anyway.  Anyway, one of the permissions of traveling to Cuba is that one must have a good reason...and a written plan...for going to such a place to see such people, albeit neighbors only 90 miles from our shores. Apparently it isn't legally enough just to want to travel there for travel's sake. 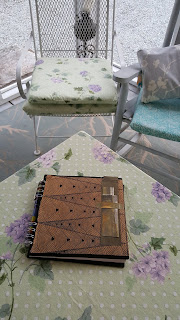 When I return, you will be inundated with blogs about the artists of Havana and their work, and, of course, what all that means to our ever crossing paths.  My journal will chart my way through there and into future travels.

Other sites are also on my horizon.  I never make travel plans too far in advance...every time I have, something arrives around an unseen corner to obstruct it...but later this year the South of France, with Barcelona and Messina on the side, and the British Isles, revisiting London and Scotland and newly meeting Wales...I don't know which one first. 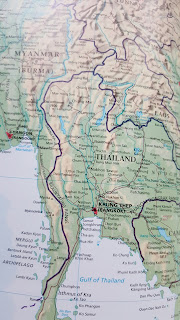 In 2020, Morocco, if I can manage it, and then somewhere in the Far East, Thailand or Laos or Cambodia, if my legs can hold out for those long flights.  In between there is travel among the states, too...the shore again in June, a trip at some point to Sedona, and one back to San Antonio to visit friends, Vancouver and Portland with perhaps my sister and brother-in-law to accompany me.

But that's just this week's thinking.  Who knows where and when I will actually find myself?